On January 20, 2018, Mazol Shriners of Newfoundland and Labrador elected and installed their new executive for the year 2018. This executive, referred to as the Divan, consists of a Potentate and six other nobles. Pictures of  the Potentate, Illustrious Sir Paul Rose, and the other members of the Divan can be seen on this website’s ‘Who We Are – Leadership’ Tab or by clicking this link Divan.

Also during that weekend, Mazol Shriners of Newfoundland and Labrador announced their Shriner of the Year award for 2017. They were very pleased to announce the newest recipient of this award as Noble John Crane of the Trinity – Conception Shrine Club. For more information on Noble John Crane click this link 2017 Shriner of the year recipient. The Trinity – Conception Shrine Club is having a dinner in Honour of Noble John Crane . The dinner will be held at Lodge Carbonear, Masonic Avenue, Carbonear on Saturday March 10, 2018, 6:30 for 7:00 pm. Those interested in attending should, by March 5, 2018, call Noble Laurence Pike  596-8338 or Ill. Sir Herman Walters P.P. 726-7606. 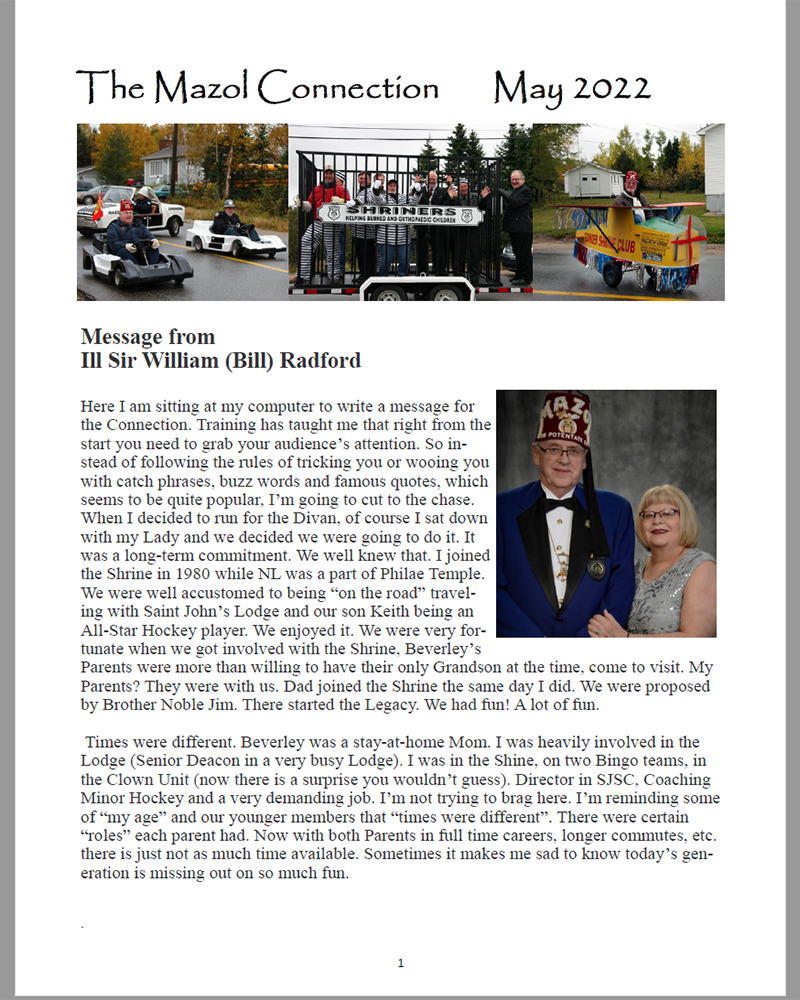