Shriners, or Shrine Masons, belong to the Ancient Arabic Order of the Nobles of the Mystic Shrine for North America (A.A.O.N.M.S.).

The Shrine is an international fraternity of approximately 350,000 members who belong to Shrine Centres throughout the United States, Canada, Mexico, and The Republic of Panama. Founded in New York City in 1872, the organization today is composed of master masons

The Shrine is best-known for its colorful parades, its distinctive red fez, and its official philanthropy,

Shriners Hospitals for Children, which is often called “the heart and soul of the Shrine.” 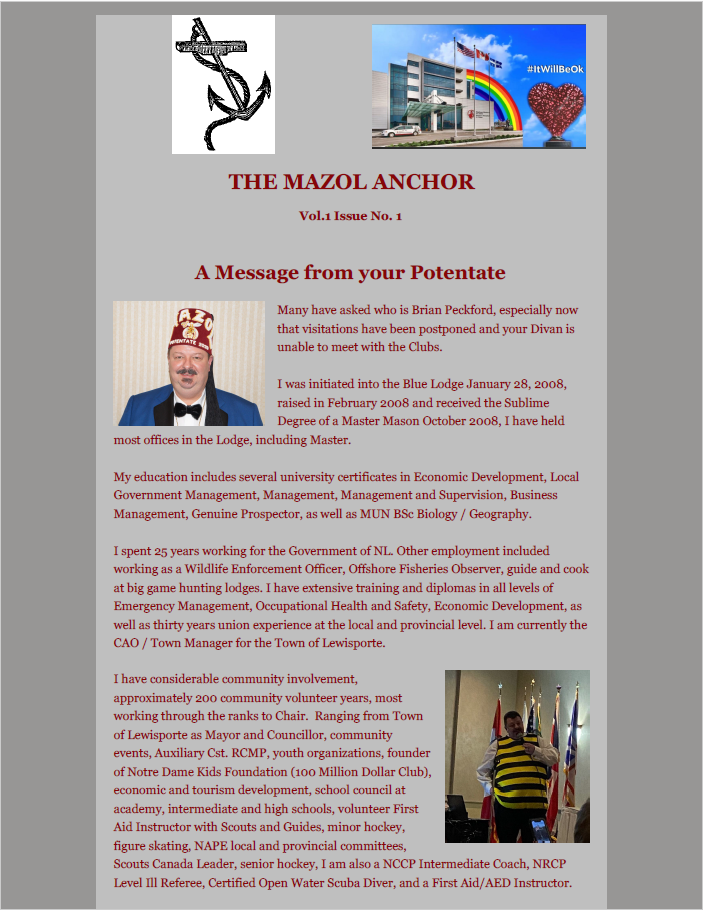 Catch up with Mazol Shriners by reading The Mazol Anchor